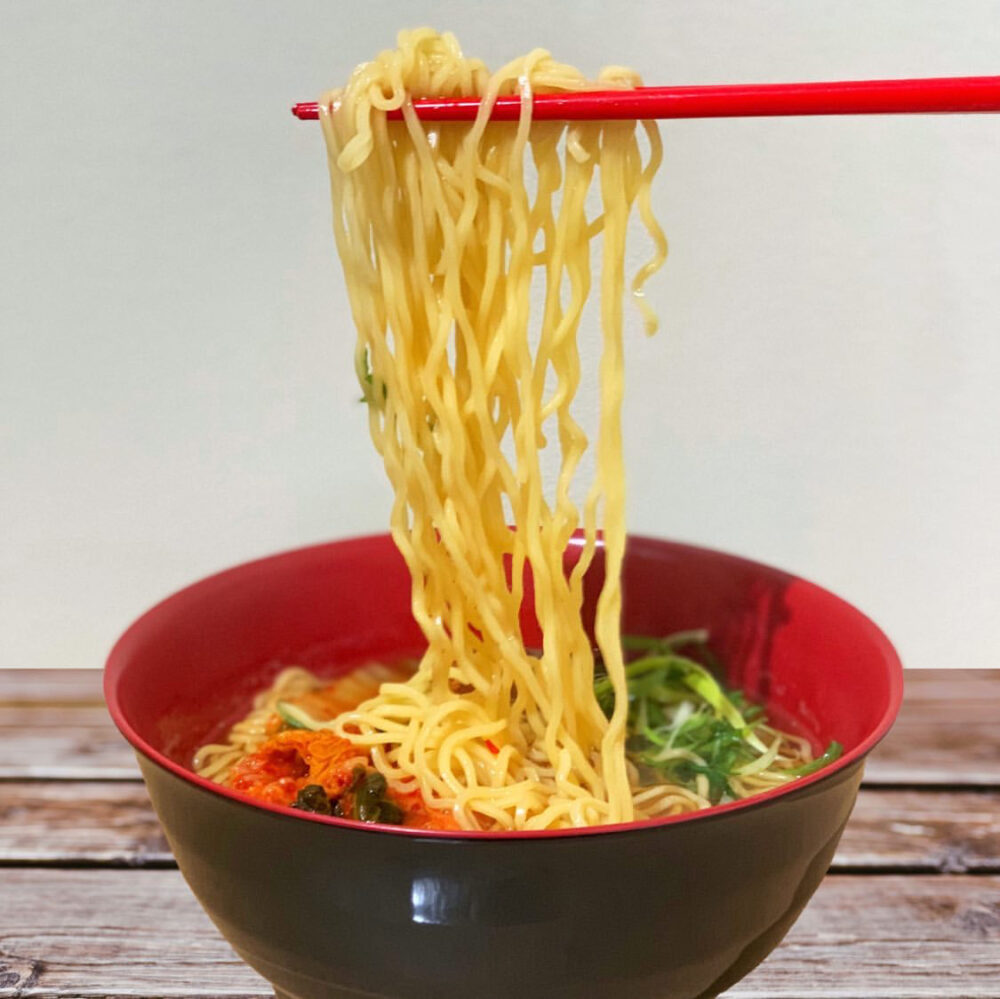 Where did ramen noodles originate

Ramen noodles history: While most people typically think of ramen as Japanese in origin, this slurpable delicacy actually traces its roots back to China. Scholars debate the muddled circumstances of how these noodles wriggled their way from China to Japan, but they generally agree that Japanese consumption of ramen took off when a restaurant called Rai-Rai Ken in Tokyo opened its doors in 1910. Chinese cooks at Rai-Rai Ken popularized what they called “shina soba” – a Chinese take on the soba noodles dishes that already enjoyed massive popularity.

Momofuku Ando, who invented ramen instant noodles, has become an unlikely hero to foodies everywhere. In addition to inspiring hip restaurants (and Google Doodles), he’s earned the adoration of a nation. In a 2000 poll, Japanese respondents said instant ramen was the country’s top invention of the 20th century. And of course the rest is ramen noodles history.

When did ramen noodles first appear in markets?

Instant noodles are invented by Momofuku Ando of the company Nissin Foods in Japan in 1958. The company launched the product under the name “Chikin Ramen.” The first instant noodles were created to feed people during a time of economic uncertainty following World War II.

According to the World Instant Noodles Association, Chinese mainlanders and Hong Kong residents combined ate more than 40 billion servings of instant noodles in 2019.

When did ramen become popular in America?

Ando desired to enter the US markets but discovered that most people in the US did not have ramen sized bowls leading him to later develop the Cup Noodles brand. In 1972, Top Ramen introduced to the United States after Ando saw the growth potential of ramen products in US markets.

Which is better- fried or non-fried noodles?

Why fresh ramen noodles are better than a hard brick in a poly-pak ramen is pretty clear. Ramen is typically made of hand-pulled wheat noodles in chicken (Shio), soy sauce (Shoyu) or pork stock (Tonkotsu). Then topped with scallions, bamboo shoot, and sliced barbecue pork (chashu). And traditionally in Japan, there are a number of regional variations. For example, Nagoya Taiwan style of ramen is a very specific regional dish.

The tradition of drying ramen without frying it will make your bowl of ramen that much better. Fresh ramen made -without preservatives- yields a noodle that holds up to the soup broth and won’t get mushy after 2 minutes.  In addition, fresh noodles give you the option to cook them to the proper texture for a REAL ramen experience. Ask anyone that loves ramen- it’s the springy noodles that make the bowl enjoyable. Try fresh ramen today buy trying these Kaedama noodles or Restaurant Fresh ramen kits.