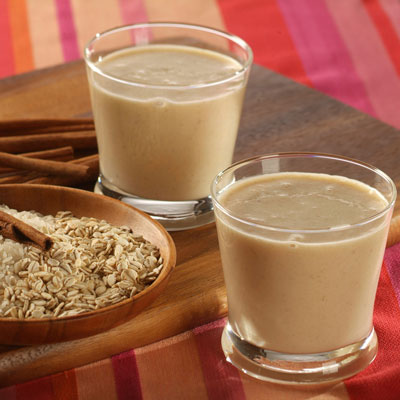 Want something to chill you down and keep you going in the summer heat? Try our Resbaladera Chilled Barley Drink from a recipe we tried from one of our Costa Rican customers!

Resbaladera Chilled Barley Drink (and also has other Central American and Mexican variations like Horchata) is a creamy chilled grain and milk drink popular throughout Costa Rica. Here, both barley and rice are cooked with spices then puréed and strained for a unique and flavorful refresher. The whole cloves in this recipe soften enough during cooking so they can be blended with the other ingredients.

Even though it has a lot of sugar.. its packed with nutritious Mochi Barley which will boost your fiber intake and keep them full and satisfied.  So its not all bad.. is it?

COMBINE rice, barley, cinnamon sticks and cloves in a medium saucepan. Add 3 cups water to cover the mix. Bring mix to boil on medium high heat; reduce heat to low. Cover; cook for 20 minutes or until rice is soft (some additional water may need to be added to reach desired rice texture). Remove from heat. Let it stand for 15 minutes. Discard cinnamon sticks (cloves can stay). Stir in cinnamon, nutmeg and vanilla extract.

TRANSFER half of grain mixture to blender container. Pour in 1 1/2 cans of evaporated milk and 3/4 cup water. Cover; blend until smooth. Strain mixture through fine mesh strainer, into a wide mouth pitcher, using a spoon to press the grains against the strainer to get the most liquid out. Discard grains. Repeat with remaining grain mixture, evaporated milk and water. Stir in sugar to taste. Add additional water to thin to desired consistency, if necessary. Cover and refrigerate until well chilled, about 3 to 4 hours. Serve cold.

HEY!: If you’re not using quick-cooking Mochi Barley, the #1 japanese pearled barley brand in Japan you are missing out. Mochi Barley only takes 15 minutes to cook in boiling water versus 60  for other barley brands.

GREAT TIP: You can save some time in the kitchen by soaking your grains a day before. That makes working with traditional pearled barley SO much easier when considering that NOBODY has time to wait 60 minutes in the kitchen anymore.
Then again, if you have a day to soak your grains, you might as well just order up some today!