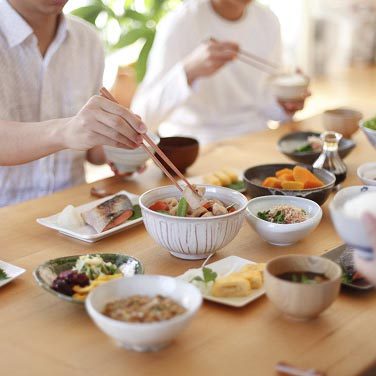 One of our staffers just loves to cook. So every time someone has a Japanese cooking question we say – Just ask Tommy..what is umami? You’ve heard it mentioned here and on other foodie sites but have you ever thought what it means? It’s not uncommon for someone to say “hey, that is savory” or “sweet”, or “spicy”.. but umami? What can that possibly taste like? Can’t the other terms cover it? Find out below because it’s something that has a great tradition in Japanese culinary culture.

Where did umami come from?

Its been around for a long time. People have always tasted it, without the slightest recognition. In the late 19th century, Japanese chemist and food lover Kikunae Ikeda coined the term. When foods age, like cheese, or when meat begins to cook under the heat of an open flame, the proteins within undergo a molecular change.

Proteins are completely broken apart into various units, one of which is a molecule called L-glutamate — the singular molecule responsible for umami. Similar to the other four basic tastes, umami is sensed when L-glutamate binds to specific receptors on your tongue, causing a chain reaction of chemical processes resulting in taste.

How the Japanese See Umami vs. Americans

The Japanese define umami as an over-all harmonious state of perfection where the ingredients come together, a really rounded and harmonious dish. They have a sort of zen way of looking at it. But each chef uses it in the context of their country’s food.

Therefore, America has bold flavors. Japan’s are more subtle: kombu, dashi. Variances are subtle and vary by region and local ingredients. Sometimes it is the cooking of tomatoes or dried fish or aged bean paste – it varies by the method and process.

What does the taste mean to me?

Umami translates to “pleasant savory taste” and is described as brothy or meaty. You can taste umami in foods that contain a high level of the amino acid glutamate, like Parmesan cheese, seaweed, miso, and mushrooms.

Glutamate is a complex, elemental taste. Monosodium glutamate, or MSG, is often added to foods to add an umami flavor. The U.S. Food and Drug Administration has designated MSG as a safe ingredient, causing only minor adverse events, such as headaches or nausea, in a very small percentage of consumers. Hakubaku does not use MSG in our products. We rely on traditional umami flavor in our noodles and ramen kits.

Umami has a mild but lasting aftertaste associated with salivation and a sensation of furriness on the tongue, stimulating the throat, the roof, and the back of the mouth. It is not considered desirable as a standalone flavor but adds complexity when paired with other tastes. 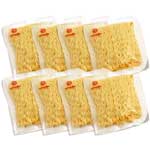 Hey! Try our Kaedama Noodles as part of your next umami recipe.