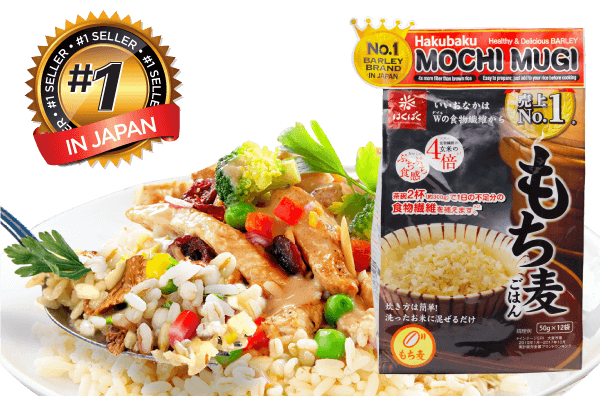 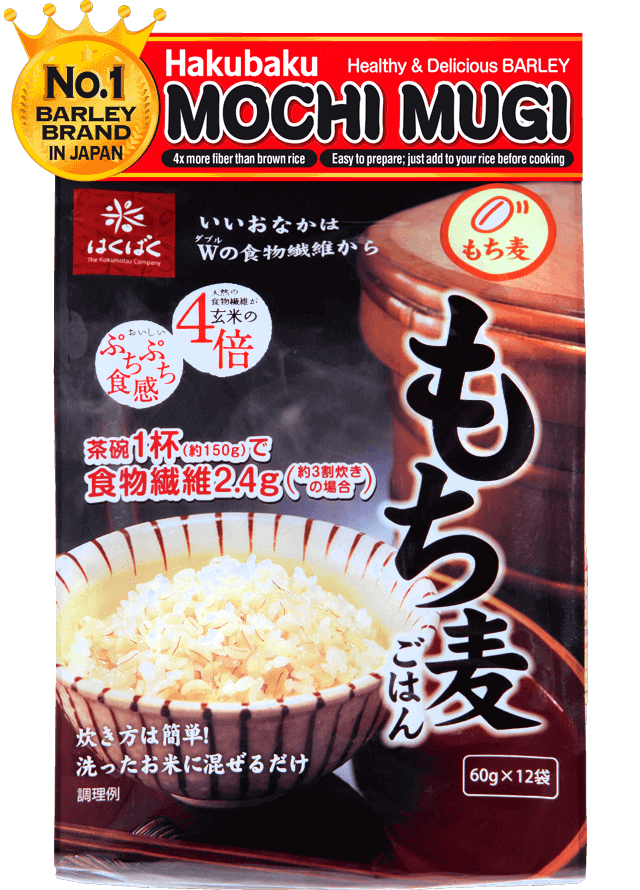 Lose weight with Hakubaku Mochi Mugi Japanese Pearled barley grains and an exercise regiment. Pearled barley is an unexpected super food as it contains soluble fiber which is important to a healthy diet.

NOTE: please check with your doctor when doing any changes to your diet and physical activity.

Mochi Mugi Japanese Pearled Barley is the secret to a healthy Japanese diet. One of the first cultivated grains of the Fertile Crescent, barley was domesticated about 8000 bce from its wild progenitor Hordeum spontaneum. Archaeological evidence dates barley cultivation to 5000 bce in Egypt, 2350 bce in Mesopotamia, 3000 bce in northwestern Europe, and 1500 bce in China. Lose Weight with Mochi Mugi Japanese Pearled Balrey

BUY NOW IN OUR SHOP

Why is it called pearled barley?

Pearl barley gets its name from the extra rounds of polishing it goes through. The pearling removes the hull, as well as the bran layer. Regardless of which type you choose, barley is always a healthy option

What is the difference between barley and pearled barley?

Hulled barley, considered a whole grain, has had just the indigestible outer husk removed. … Pearled barley, also called pearl barley, is not a whole grain and isn’t as nutritious. It has lost its outer husk and its bran layer, and it has been polished.