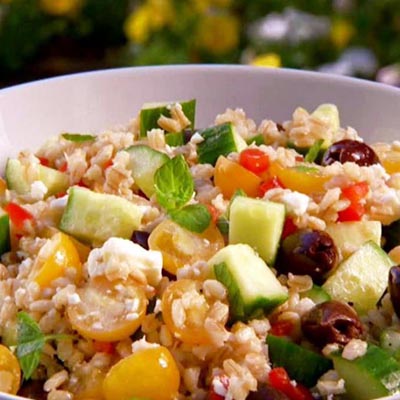 We all know how much Mochi Barley simplifies life, once again we found a way. That is why its called the Unexpected Superfood.

COOKS TIP: It’s best to make the barley salad at least 3 hours ahead of time so the flavors have time to mingle.

HEY!: If you’re not using quick-cooking pearled barley, which takes 15 minutes to cook in boiling water vs 60  you could save some time in the kitchen by soaking your grains a day before. That makes working with traditional pearled barley SO much easier when considering that NOBODY has time to wait 60 minutes in the kitchen anymore.

Then again, if you have a day to soak your grains, you might as well just order up some today!

Get it on Amazon: